The International film festival of India was from the 20th of November to 30 of November and a mouthwatering menu of films were on the menu. Apart from thoroughly gorging on the international and regional fare doled out at IFFI, I ofcourse was keen on the food that could be eaten at this international extravaganza.

Ambience: I don’t think I have seen so many lights since Diwali, infact I don’t think I have seen such brilliant lighting even for Diwali, or Carnival for that matter. The road opposite INOX and the ESG building which were the venues for IFFI, had an assortment of stalls, derving food right till 11 at night. There were also stalls inside the INOX courtyard, as well as at the Kingfisher IFFI village. What was unfortunate however was that there were no food stalls at Kala academy. Kala academy has a seating capacity of over 900 and all these movie satiated, but hungr for food people were forced to fend for themselves. The kala academy canteen is poorly stocked at any given time of the year, but faced with a mammoth crowd every 3 hours, well let’s just say they just “couldn’t serve it up’.

Food: There is Good news and Bad. Good news first. The stalls lining the street on the side across INOX was a delight to walk down and sample food. I tried the corn bhel, a large cup of steamed sweet corn with spicy red chilli powder and tangy lemon juice for 50 ruppees. The sugar cane Juice inside ‘FOR REST ‘cafetaria for 20 rupees a glass is refreshing and I’d like to think healthy. Now for the unadventurous or other wise cautious you may want to give the sugarcane juice a miss, or can have one without the dubious ice by paying a little extra. I however have no such qualms, My GI Tract is well versed with Indian street food. This is however a warning for the foreign ‘ delegates milling around. Next came the candy floss, and these fairs are just the place to have sweet pink fluffy spun sugar. Much like our Bollywood fare, full of fluff, technicolour, show a rosy picture of life and sometimes overtly sweet. We sampled the chicken rolls at Shalimar stall for 70 rupees a plate , and yes the quantity is a bit less for the price, but whats an extra 20 bucks when you are having so much fun. They were great by the way. Like Indian chicken tikka spring rolls. The stall inside INOX courtyard by Naim qureshi’s Sigree corner seekh kebab comes from Mumbai every year , and that too only for IFFI. He has been coming for the last 10 years to the IFFI serving up Biryani and kebabs. Their stall is strategically placed a few metres from the movie halls and is the ‘go to place’ between films. Invariably the  movies were running a little late, thus giving us enough time to run and gobble down a plate of Biryani. I maybe biased here because one gets ravenous watching films and the biryani tasted great, maybe because I was hungry. At 120 rupees a lot of people grumbled at the cost, but hey you’ve gotta pay for location and ambience too. 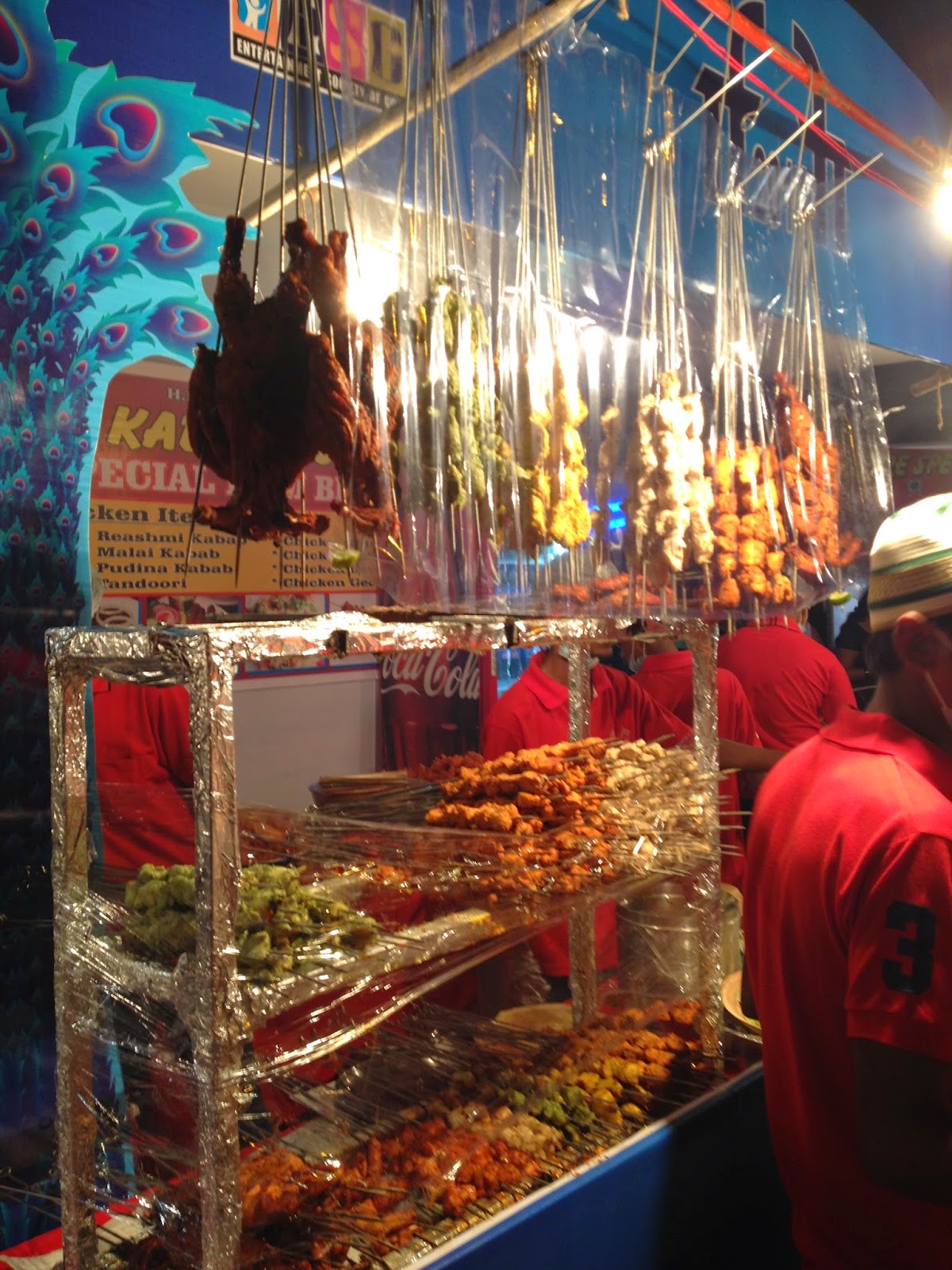 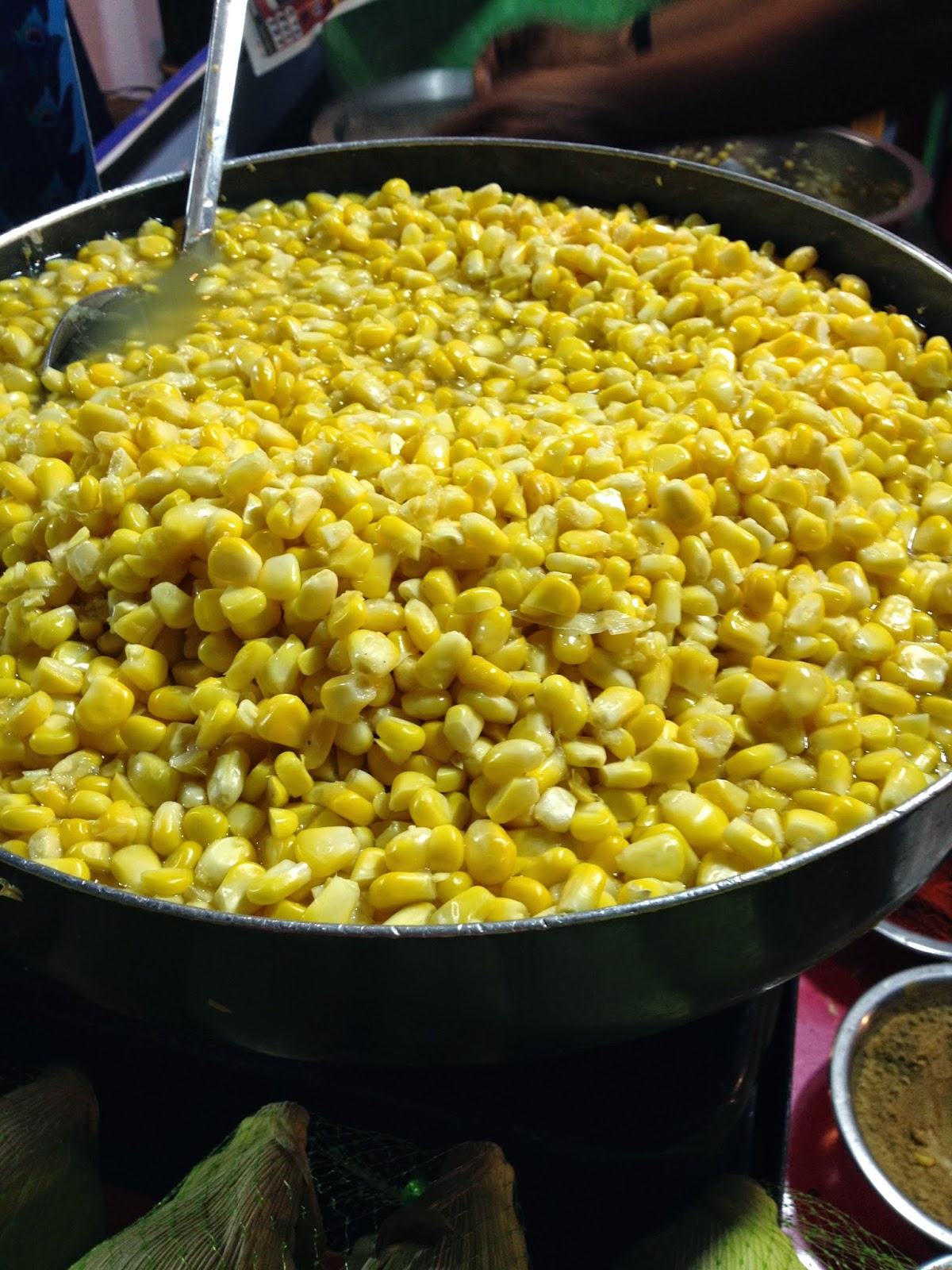 My favourite stall hands down though was the aapno rajasthan stall, who again don’t have a shop in Goa and just do catering. Which is a shame because these guys were serving some great Marwari vegetarian dishes. We had the aloo tikka with sweet tamarind chutney and thick creamy dahi, for rupees 80. And superb Garam Jalebis, made to order right in front of you for rupees 80 as well. what Jalebis! Crunchy and sticky sweetness, not to mention a beautiful golden brown. We wanted half a plate because frankly it was too much, but they did not consent, and even though I love Jalebis we had to return ours because it was just too much and IFFI has a strict ‘no outside food’ policy.
Now for the bad news. As mentioned earlier there is no food available at kala academy theatre, the food inside INOX itself is minimal. Thus people on a marathon movie watching had to either forego the beginning or end of movies just to come oput for a bite. Inox itself has some great food available through out the year, the steamed momos, the Frankie, waffles, icecream, alas none of these regular fare at INOX was available. Thankfully the popcorn , nachos , and coldrinks are allowed inside. I missed my regular bhel wala at the movies. the next sad part was the non innovativeness at the IFFi. Watching the detective in ‘Beijing blue’ have chinese dumplings, and a steaming bowl of ‘chicken liver soup ‘ on a snowy winter night got me craving for chinese fare. What I wouldn’t give for a plate of steamed dumplings. They were available in the Kingfisher IFFI village, I am told, but the point being , considering there were so many international movies , could we not expect some international fare? Even some regional cuisine to go with the regional movies?  In ‘Teenkahon’ the protagonist sat with his friends enjoying a plate of ‘beguni bhaja’ in the monsoon showers. It made me hungry for the eggplant fritters.  Films and food don’t go together as far as IFFI goes, they don’t allow food in the halls, they don’t have enough food and drink stalls at the venues, and the fare is limited at best. 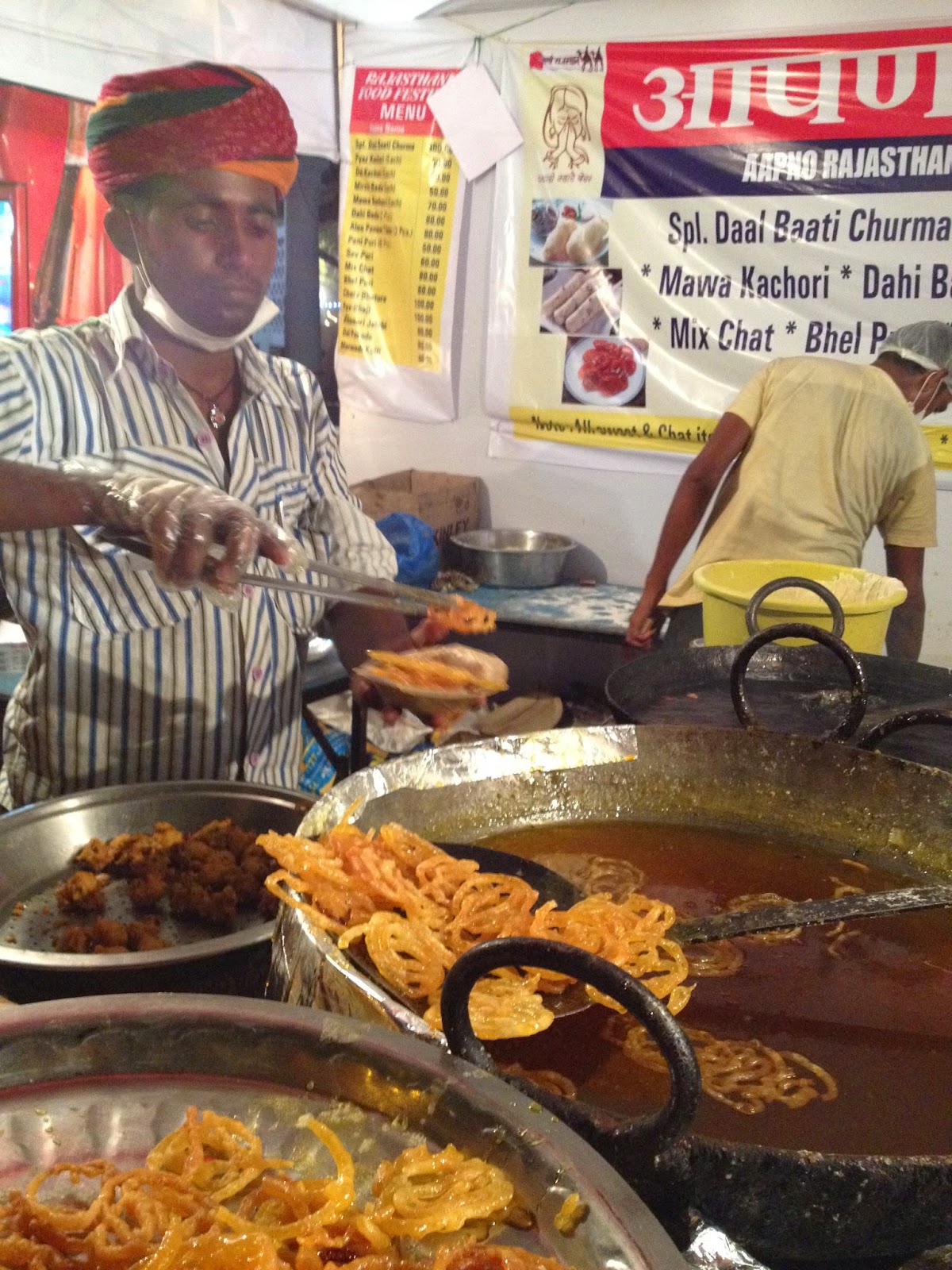 I love my cinema, especially in a hall full of people sharing a collective experience of a slice of life. I wish along with the slice of life, I had a slice of something edible as well.