cashew trail - the Goan journey of a fruit

Cashews are a conversation starter, after all they are shaped like the ‘inverted comma’ quotation symbols, aren’t they?

This versatile fruit/nut is a favourite across the country , whether it is roasted on pulavs, or ground into pastes for curries as varied as the Punjabi butter chicken or the hyderabadi qurmas, even the tamilian pongal is studded with toasted cashew nuts. Sweet dishes like kaju katli barfi and even payassam cannot do without this mildly sweet and creamy nut. 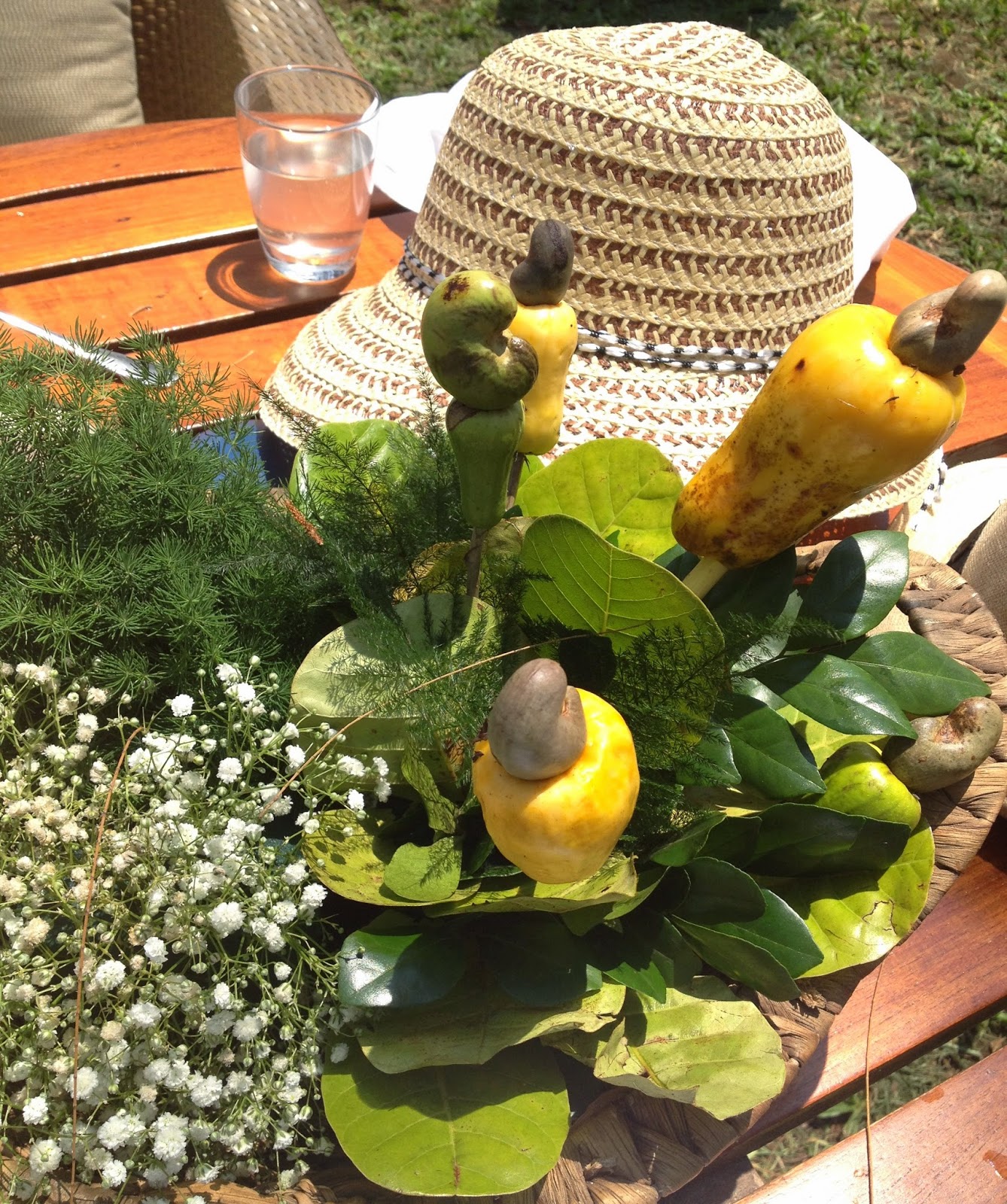 A master of disguises playing both sweet and savoury roles with elan, the nut itself is a scene stealer even without the garb of disguise. Diwali celebrations warrant the mandatory visit to friends and relatives homes, and amongst a wide variety of delicious home made karanji and chakli and aloo tikki and chana chaats, one woman sheepishly admitted that she had had no time to prepare home made delicacies that year. She conjured up an assortment of salted, peppered and spiced cashew nuts instead, needless to say they were gone within a blink of an eye. Cashews are a perfect celebration treat.
Goa shares an even more intimate relationship with cashews. From late march to mid April, is the cashew harvest season, a time when the cashew apples are harvested and consumed. These delicate fruits don’t take well to travel and thus is not available at your local fruit market, for a taste of these flame hued fruits you must travel to the sunny state of Goa. This is also the time when alcoholic drinks like the Urak and it’s triple distilled version ‘feni’ are made. Cashew nuts and their flavoured versions are the favourite touristy souvenir all through the year, but at this particular time all the avatars of the fruit take centre stage_ the extremely photogenic cashew apple, the equally enticing Urak, and the robust Feni.

Park Hyatt Goa, recently celebrated the “cashew trail” for its fourth consecutive year. Started in 2012 in association with Madame rosa distillery, the event traces the journey of the cashew fruit. This year there was an extensive event packed line up which behgan from the 10th of April all the way to 19th april, and culminating in a cashew trail brunch.

The brunch, held at the resort property on south Goa was attended by local food connoiseurs, to national and international travel and food enthusiasts.
Familiar dishes had got the cashew twist, whether it was the Feni flambed prawns, or the Urak marinated chicken wrapped ina banana leaf, Rawa and cashew encrusted king fish and even broccoli and zucchini were wok tossed with cashew. 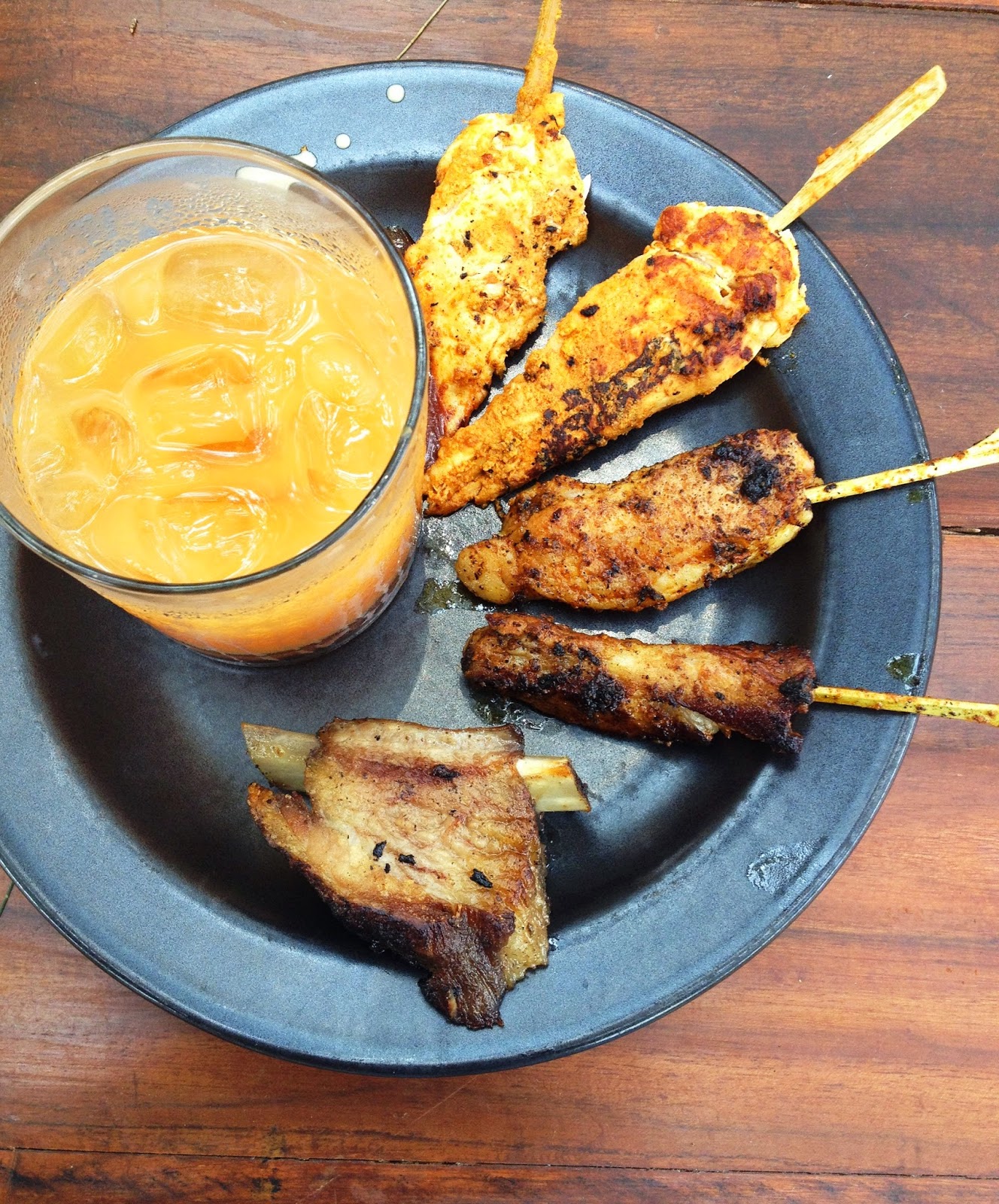 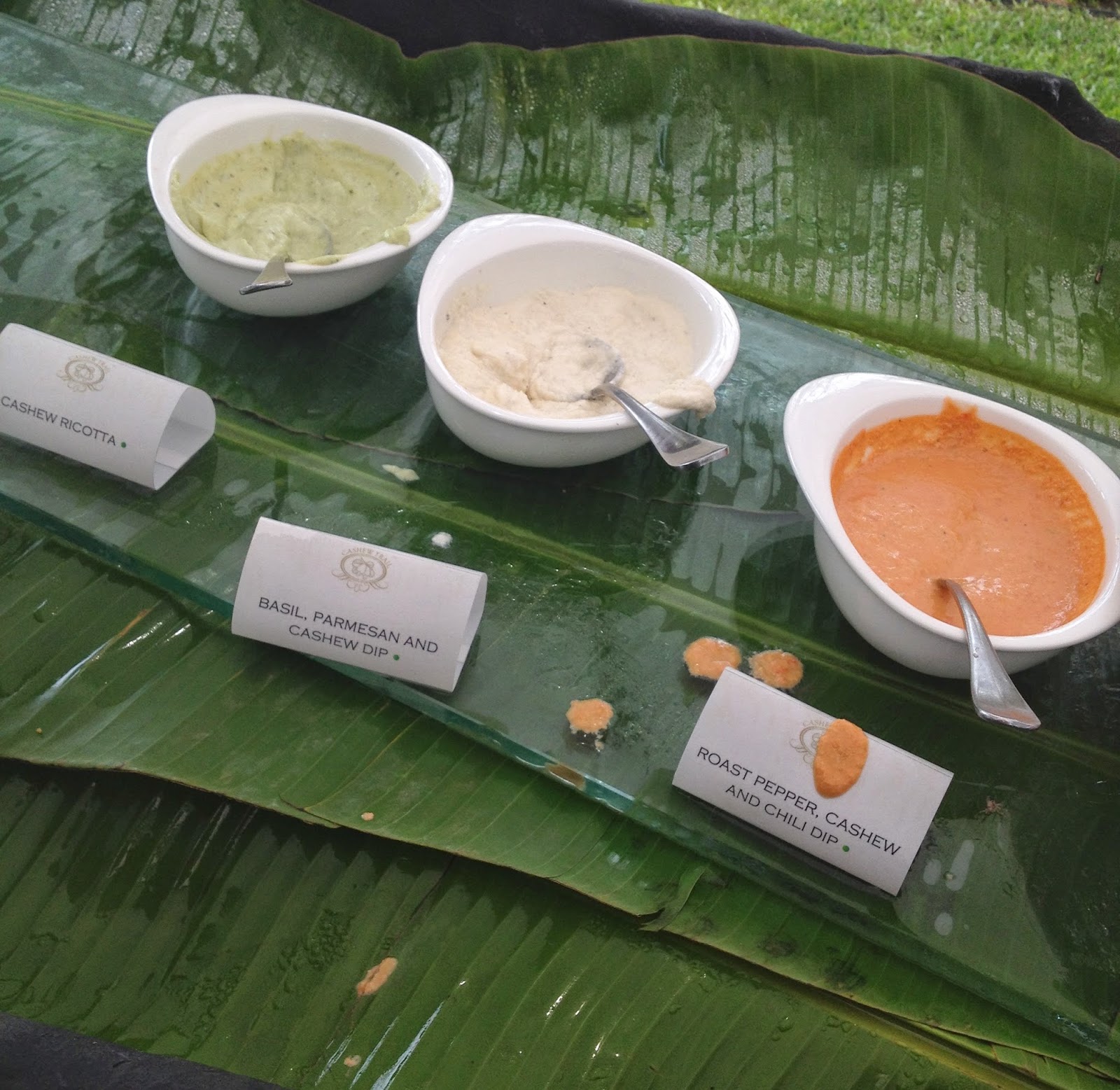 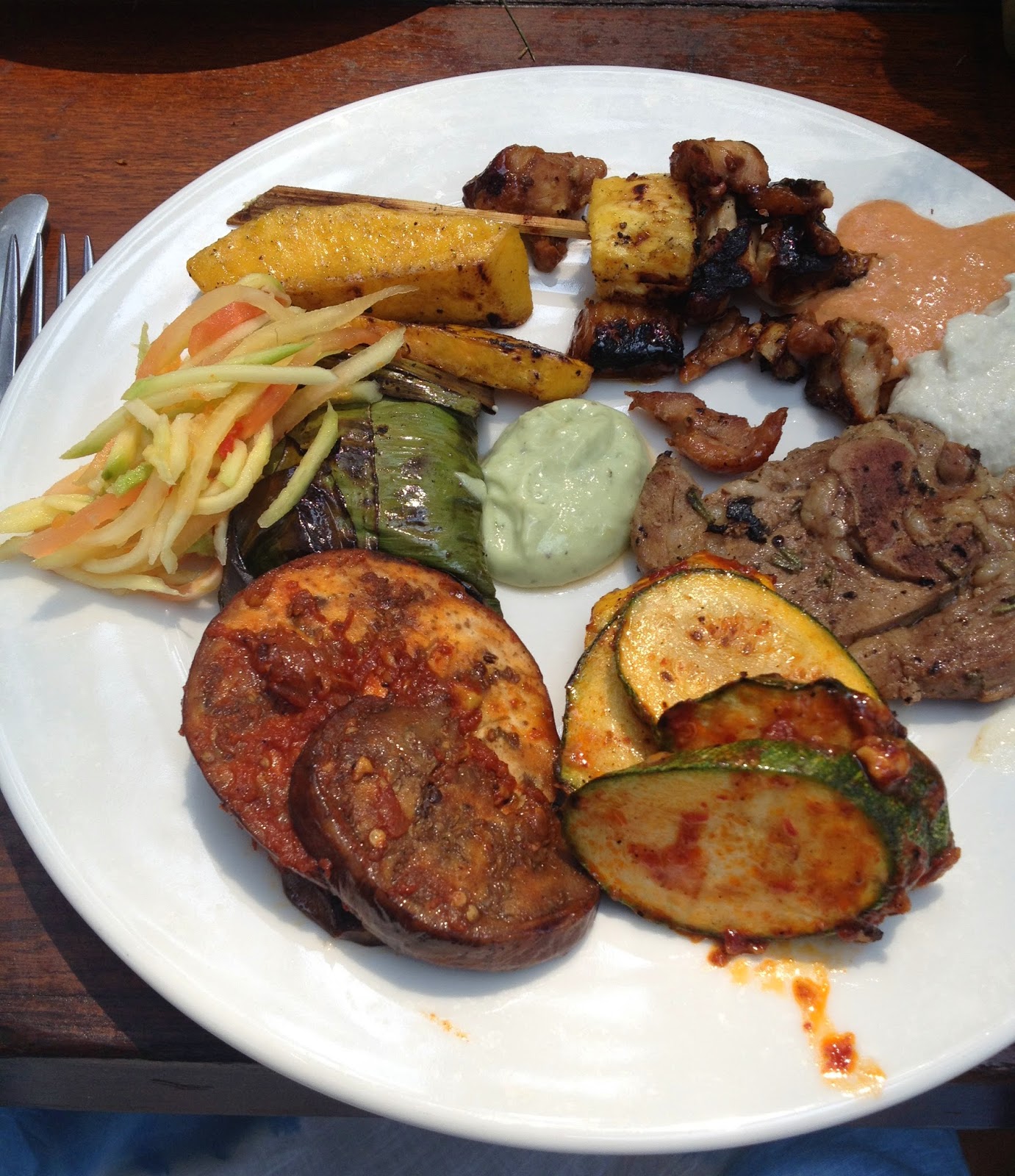 Bartenders worked their magic with Feni and Urak inspired cocktails, and spirits were high as people enjoyed a barbeque style brunch under the swaying palm and coconut trees. A live band played popular Goan Konkani songs along with English classics, while children were kept entertained with painted tattoos, sack races, and cashew stomping.
A sprightly and well attended couples cooking competition was underway as well, where dishes inspired by the cashew took centrestage. With winners walking away with vacation vouchers to Hyatt properties across the country. 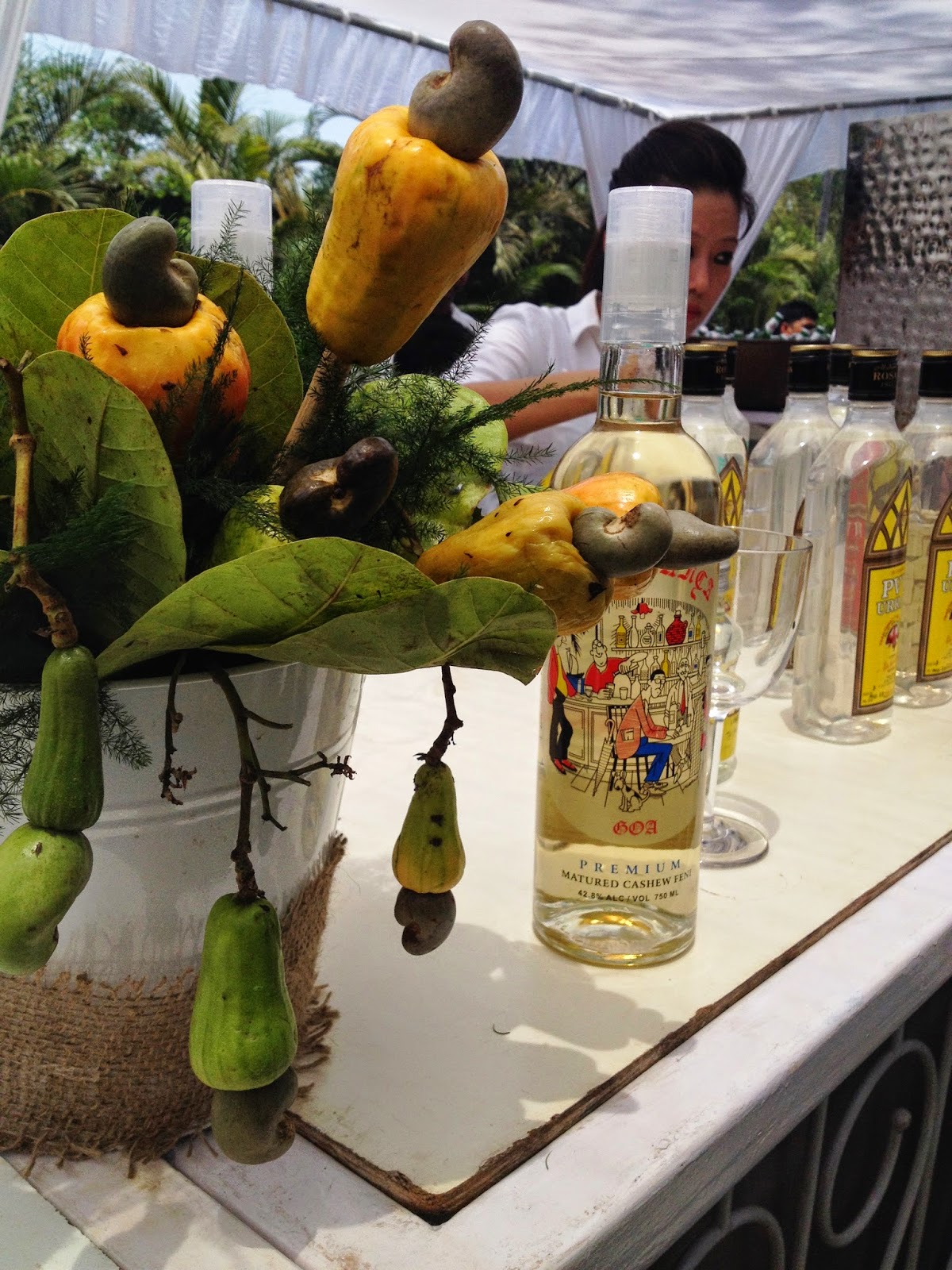 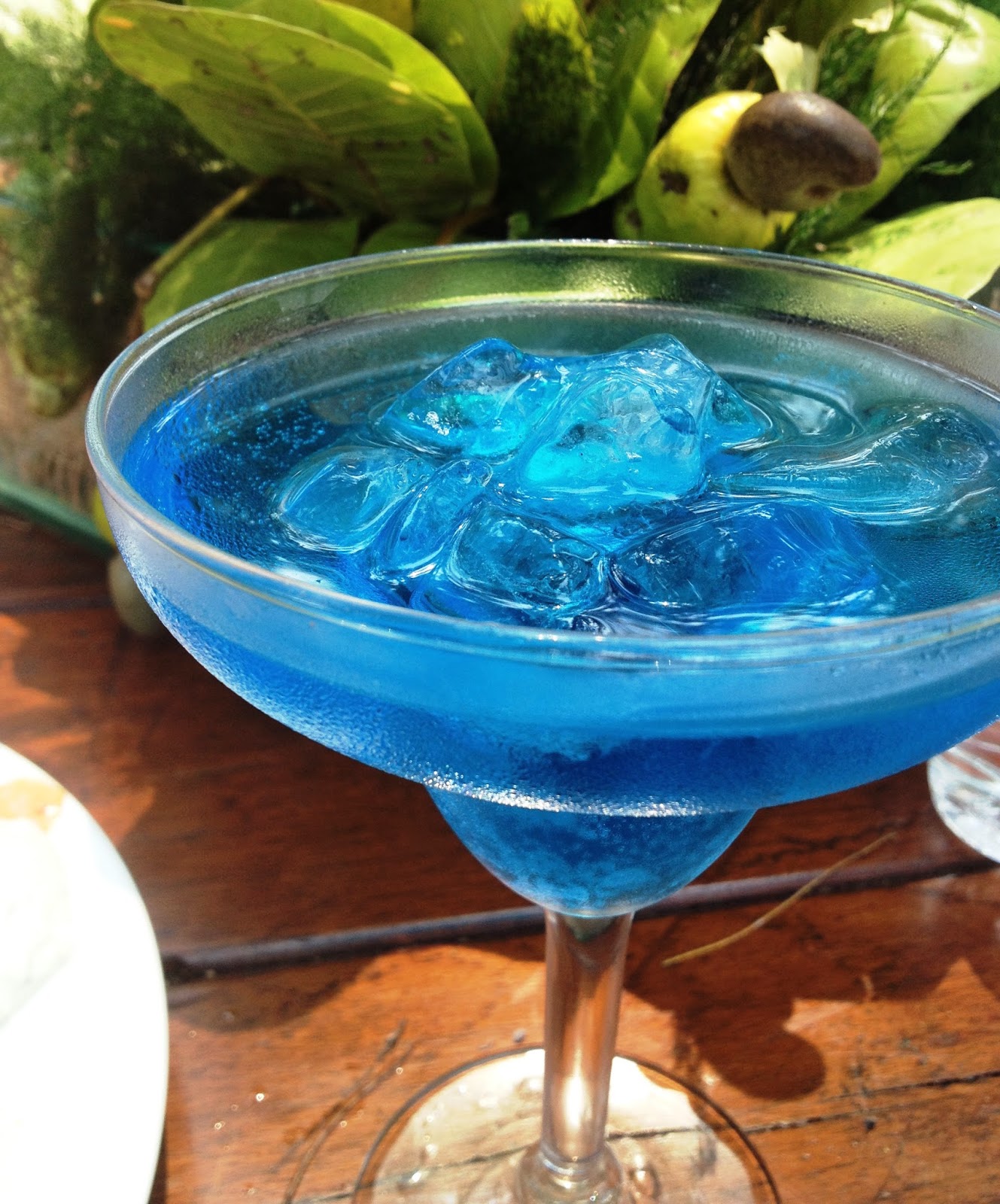 The highlight of the event though was the auctioning of 45 litres of Feni, known as the “lambranza”. Lambranza incidentally meant rememberance, whether it was in memory of the late artist Mario Miranda who had done the artwork for the Feni or in rememberance of this sunkissed golden afternoon I couldn’t tell, but it was a thouroghly enjoyable experience to see the bidding of the Feni. What started out at a humble 5000 rupees had crossed the 100000 mark! After which I lost count. A similar auction is held every year and the money is given to a charitable organisation making Cashew for a good cause.

So, the next time you are contemplating a holiday with a culinary twist, or even a peek in to the countries rich and varied culinary heritage, make a dtae with the cashew and you will be surprised at all that your favourite dry fruit can do.


The Park Hyatt Goa had a veritable smorgasbord of events to choose from this year, such as Feni tasting masterclasses, a cashew cycling trail to and froim the cashew platations, an excursion to the cashew factory to experience first hand the making of Urak and the distilling of feni, cooking workshops for children and cocktail making and competions by Shatbi Basu. Each year they get bigger and grander with the cashew celebrations, so enquire about it on your next trip to Goa, and you wont be disappointed.
at April 20, 2015