A triumph of both nature and man: Osho teerth park 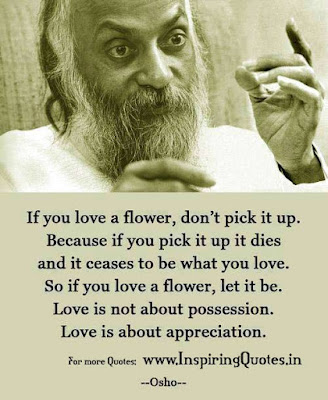 Last Sunday we went to the Zen gardens of the Pu La deshpande park followed by a wholesome and hearty breakfast in Rupali, this weekend we repeated the experience in yet another gorgeous park , Osho Teerth park in Koregaon park, and breakfast at another iconic eatery, Wadeshwar.

The beautiful tree lined lanes of Koregaon park speak of affluent living; even the winds whisper through the green foliage like butlers as they move through the opulent bungalows of the who’s who of Indian economy.
Take a turn then into lane 2 of Koregaon Park and behind the Osho International meditation Ashram, is the Osho teerth park, also known as Osho park, or even Nala park. For those not in the know, Nala means a drain, an open sewer, basically not the kind of thing to be associated with the purified airs of the Osho park, neither with the affluence of koregaon park.

If the people in the Osho commune and those living around this drain had not taken upon themselves to convert this condemned area into a coveted land of greenery, our morning walk may have been quite different on this gorgeous Sunday morning.

To describe the beauty of this park in words would not be enough, and so I resort to pictures. The yellow and green zen like Bamboos, with the moss green of the Ferns, and the sap green of the lush lawns all reflected in the narrow stream of the treated nala waters as it meanders its way through the dense forest like foliage is a sight for sore eyes. A few Buddha statues lie camouflaged within the greenery, waiting for you to chance upon them and be amazed. 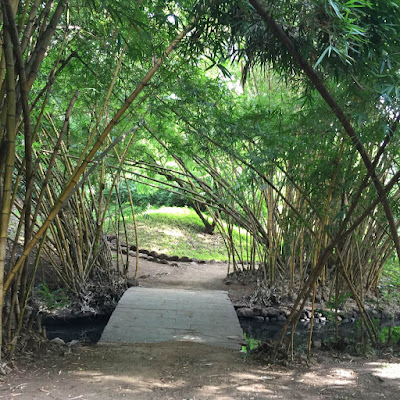 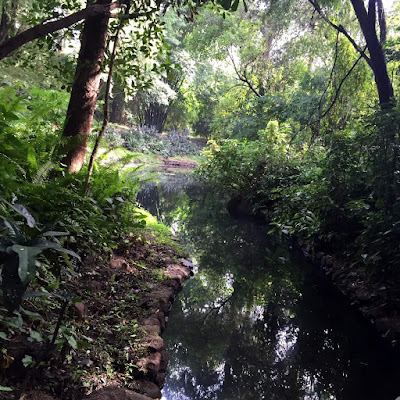 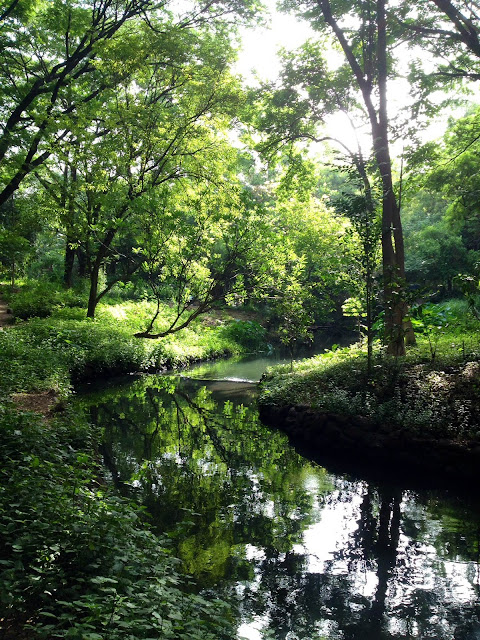 Every time we visit the Osho park, it amazes me at what human intention can achieve, if we put our minds to it. The Shunyo foundation together with the municipal corporations of Pune have done a remarkable service for not just the people of Pune but as benchmark for ecological restoration in India and abroad.

The main challenge was in making the 500 gallons of dirty water usable. Ingenious irrigation techniques were used to purify the 500 gallons of drainage water; water which was hitherto floating with plastic debris, human and animal waste, and rubble from the construction materials. Triple filtration of the water due to pebbles, stones and plants called the green bridge purified the water to about 70%.  Along with a coconut choir mesh, the green bridge worked as filters which trapped suspended solids that were then degraded by bacteria and absorbed by the plants. A green bridge is a modification of the vertical eco-filtration system of nature and does not require electricity. The nala/nullah water has good amounts of calcium and trees grow 7-10 times faster when watered with it making these parks a cost effective plantation in urban areas.
Next step was in choosing the plants and trees for the Garden. Specific species of trees like bamboo were planted to prevent soil erosion, provide good ground cover. Bamboo releases huge quantities of oxygen in the atmosphere and is easy to grow. Also its roots automatically act as a sieve to clean up the water.  Grass covers in extensive quantities were essential for binding the soil together. To counter the menace of mosquitoes, Gambusia which is a larvae eating fish was released into the nala. 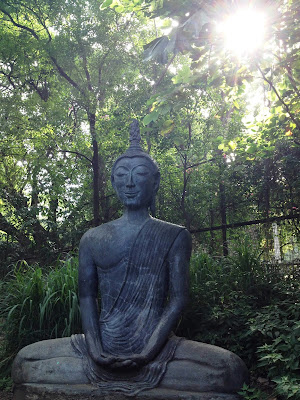 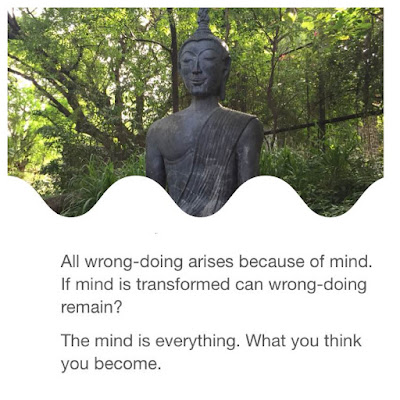 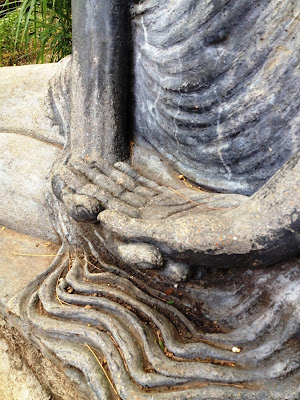 The park is open to general public from 6 am to 9 am and 3 pm to 6 pm only. The morning hours are better since the evening times the park turns into a ‘lovers paradise’ fot the youths of the city.
At other times it is only for the people staying in the Osho commune as they use this as a haven to contemplate and meditate in the lap of nature.
There are beautiful gardens all over the world, architectural wonders, brilliantly designed with mesmerising beauty even; but to convert wasteland into a place of solace and meditation, that is worth appreciating, not just once but at every visit.

No foodietrail can end without food, and so we headed to the newly opened wadeshwar at Kalyani nagar. Their flagship outlet remains on FC road.
We tried their speciality of Mulugapodi idli, which was baby idlis, drizzled with a generous amount of ghee and then rolled through south Indian spicy peanut powder called podi. Garnished with fried curry leaves for added flavour. The soft idlis drowned in spicy rassam and the onion and chilli set dosa also pecialities at Wadeshwar were duly consumed.

Again the multicultural morning of Osho teachings along with a zen meditation garden ended with a south Indian breakfast in the cultural capital of Maharashtra, Pune. 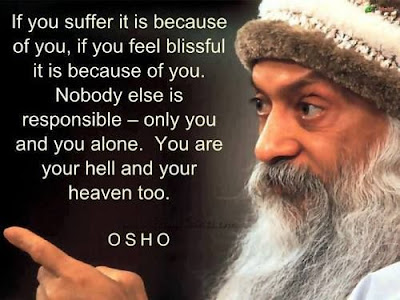