Brunching and beyond @ Grand Hyatt Goa

Brunch , a neat little blend of breakfast and lunch first appeared in print in the year 1895 in Britain in an article in the Hunter’s weekly. Given the proclivity of Britishers to use ‘smashwords’ such as WILL-KAT or the recent BREXIT, I can well imagine them coming up with the term.

But the concept of Brunch is neither as neat nor as well defined as the word itself.

Some believe it to be a product of ‘post church Sunday gatherings’ and the fact that most catholics fasted prior to Sunday mass. Others believe it has a more aristrocratic beginning, where the men of the family went hunting on Sunday mornings and the mornings hunt was then prepared in a kind of lavish celebration of the good life, over much wining and dining and with neighbours and affluent guests joining in.

Guy Beringer author of “Brunch ,a plea” writes “brunch is cheerful, sociable and inciting… it is talk compelling , it sweeps away the worries and cobwebs of the week. “

The Americans however are credited to taking the brunch, hitherto an aristocratic privilege of the rich and giving it a ‘working class’ and modern twist. Just as many things American, it started out as a mercenary ploy to get guests into hotels and ws later packaged as the greatest gift to the working woman. Restaurants in America used to remain closed on Sundays, which gave hotels a wonderful opportunity to bring in the restaurant goer to dine in hotels. The Sunday brunch was marketed as a wonderful opportunity to let busy moms and working women take a break from the kitchen, also post world war 2 the flagging church attendance meant that people were looking for another outlet for a social gathering which was not necessarily religious. The hectic Saturday night socialising also meant that the A listers and Hollywood fraternity loved the idea of a late breakfast and the opportunity to sleep in on Sunday mornings.

All in all, Brunching was a hit. 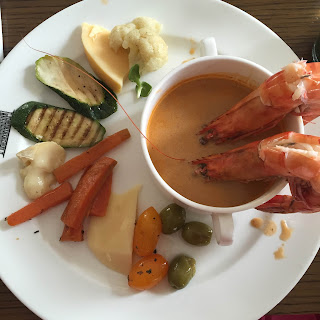 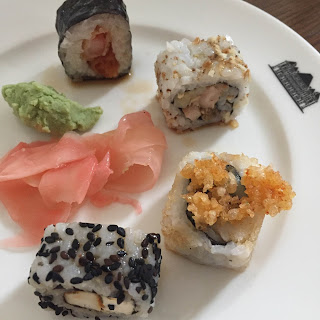 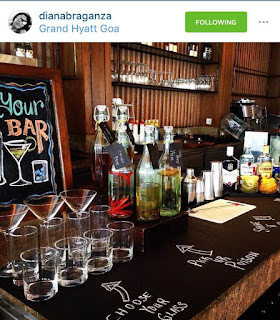 Over time brunches themselves have evolved in terms of what is served. Chefs initially stuck to a mix of breakfast items and lunch items and innovations of marrying a breakfast item with a lunch staple.
I remember my childhood Sundays where we had what was called the “Sunday potluck” and it was essentially all the neighbourhood aunties getting one dish or two and gathering in the home of one. Lots of games, basking under sun umbrellas in the lawns and ending the meals with peeling oranges or having whatever seasonal fruit was being passed around. Because these were in Army cantonments, the variety of food items served extended the length and breadth of our country, Assamese to Pahadi to rustic Punjabi, to hearty Bengali preparations jostled for space on the plate with the staple continental items of veg au gratin, and bread puddings.

When one looks at the evolution of the brunch , one can’t help but see it as a reflection of the times we live in. What started out as a rich man’s post hunt meal, to a pious families post church congregational meal, to the ‘dare to defy’ meal during the prohibition where alcohol was consumed in broad daylight thus giving rise to cocktails such as the bloody mary, or then morphing into a ‘sharing is caring’ kind of potluck meal with friends, today the brunch reflects the changing trends in not only the culinary world but also the changing face of society itself.

Goa in recent times has embraced the brunch as it’s own. Sundays in Goa meant picnics on the beach and chilled beer by the sea, but with the monsoon season, the beach no longer serves as a Goans favourite Sunday spot. This meant inspired and creative forms of Sunday entertainment, which involves not just food, but a variety of child friendly activities, games, relaxation, music, laughter and fun.

The Grand Hyatt Goa, Bambolim ( find out more )is a luxury resort spanning 28 acres, and with adjoining the calm at most times bambolim beach bay, home to the award winning shamana spa, and an extensive fitness center is poised to take brunching to an all new scale by introducing the wicked liquid brunch. 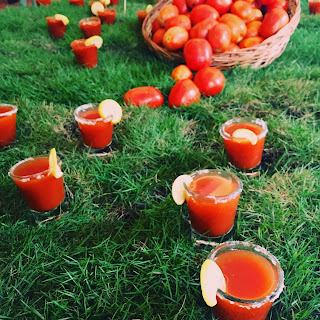 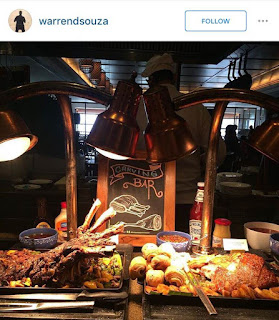 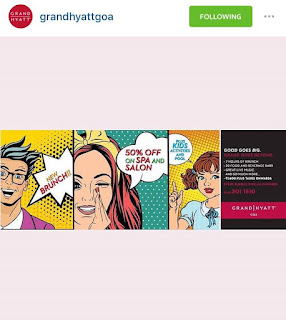 Spread over 7 hours, and including half price spa and beauty treatments, and free access to fitness center , sauna steam and Jacuzzi, and 20 food and beverage bars , they have decided to make the grand hyatt your favourite Sunday hangout destination.

We started with a languorous beginning at the Shamana spa where Alejandro Leo director of the spa and recreation center discussed organic skin care products, marine facials and nerve rejuvenation over cups of green tea. He has crafted a few signature massages and facials specially for the ‘bruncher’ and these not only help you relax after a busy week, but feel rejuvenated to take on the week ahead.

My recent tryst with fitness has made me a self confessed spa junkie and a green tea snob, and Alejandro and I had a gala time discussing low glycemic foods, the power of anti oxidants and free ourselves from free radicals. 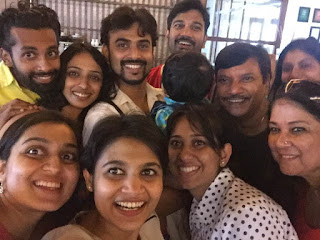 For those of us who do not go to church, the spa and fitness center is the equivalent of ‘cleansing your soul’ before you indulge in an afternoon of gluttony and other excesses.

If spa is not your thing, the resort also boasts of tons of other adventurous activities for all ages and even a stroll around the property and the nearby beach is enough o whip up your appetite.

The dining room itself can get pretty hectic and for the average bruncher can be nerve wracking. Never fear, my how to eat a buffet like a champ guide will help break it down for you read it HERE.

So for the wicked liquid brunch, the essential thing is the liquids and how wicked are you willing to go. The meal begins with a farm of bloody mary’s for the picking, going on to ‘make your own cocktails’ bar, to some inspired cocktails specially crafted for the occasion, and ending the meal with coffee based cocktails. for those who do not feel that wicked, there are tamer versions of all of the above as well.

What really impressed me at the buffet was the attention to detail. The cheeses each had their own shelf and were paired with their perfect accompaniments. The breads had their own cart thus allowing them to be relished both visually as well as gastronomically. The carving bar, had a rack of lamb and pork belly, both with a host of well paired accompaniments. Then pasta bar again came with their own choice of toppings and accompaniments. The barbeque steered clear of the pedantic chicken and fish, and went beyond the predictable, with pork chops and pork sausages, and local fish and prawns.The sushi bar was fresh and thoughtfully prepped mouthfuls.

Each of the food bars were complete meals in themselves and that’s a great way to experience a buffet. If you are not keen on south east Asian cuisine but love Italian and indulge in barbeques, guess what , you can head right to those tables circumventing the Indian and southeast Asian bars completely.
The danger though is missing out on something awesome, which essentially happens when the spread is so vast. How do you cope? Refer to my guide on eating a buffet J HERE.

By the time we were done having brunch we were right into high tea. And the dessert bar and the coffee bar were the perfect way to start high tea, and end the brunch. With a choice of hot , cold and laced coffees, to go with the cakes , pastries and tarts from the dessert bar, you were spoiled for choice.

The chefs attending to the coffee bar instead of being daunted by the enormous number of clamouring for food at the buffet ( and there were a LOT of people at lunch that afternoon) still decided to put his own spin on a pinacolada inspired coffee based cocktail. Urging me to try a pineapple , basil and coffee concoction, he said I could name it. I ofcourse tried it, because well, that’s what we food bloggers do, we risk our lives everyday trying the most exotic and out there food experiments so that our readers and followers can experience the same from the comfort of their laptops and mobile phones. My verdict; it wasn't bad, in fact even though I am not a Pinacolada fan, I would recommend it’s brown caffeinated cousin anyday.

Brunch, the world over is no longer just about the food, it is about the experience; whether you wish to experience a languorous relaxed Sunday, or an adventurous high energy activity filled one, or a sinful boozy afternoon with friends, or a family and kid friendly day with children, the wicked liquid brunch pretty much covers it all.