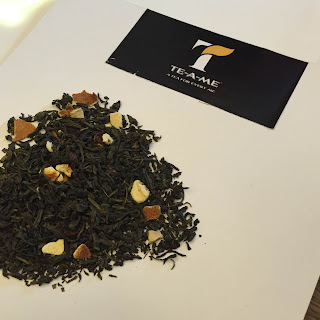 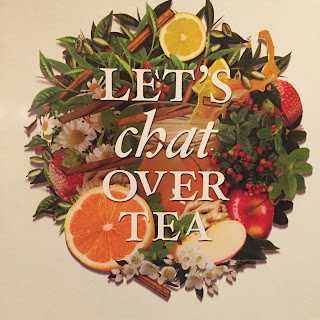 Tea is the most popular beverage in the world, second only to water.With India being one of the largest exporters of tea and one of the largest consumers of the beverage as well, it was about time that we celebrated tea in all it’s various moods and avatars.

Te-a-me teas are part of the Madhu Jayanti International limited, which are leading exporters of tea in India and have been around for almost 7 decades now. To revamp the image of tea drinking as well as to appeal to the more aspirational and young population of India as a ‘lifestyle drink’, Te-a-me has launched 20 flavours of tea, which include spiced teas for the Indian palate such as the masala tea or the ginger tea, to the much in demand green teas such as their honey lemon green or the Kashmir inspired Kahwa. Their range also includes flower and leaf infusions such as apple mint, peppermint and tulsi. 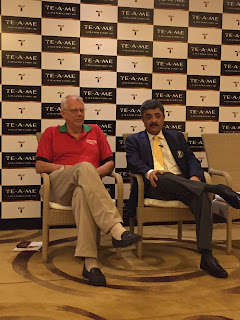 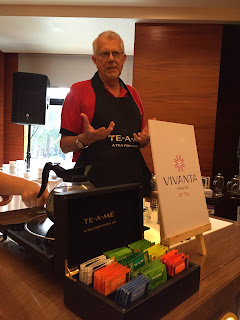 From such a wide variety to choose from, Mr Sunil Parikh, India Head , Te-a-me teas is positive that no matter what your mood, or preference they would have a tea flavour especially suited to your needs.
When asked about the innovative marketing strategy of sending president hopeful Donald Trump 6000 green tea te-a-me tea bags, so that it may help him make good decisions for America, a first of it’s kind proposal by an Indian tea company, Mr Sunil Parikh diplomatically declined to comment.

Mr. Ravi Kidwai , a renowned tea taster, who has almost 40 years of experience tasting teas, and hails from Kolkata was however very forthcoming with his knowledge and enthusiasm for the elixir of his choice. While brewing some exotic flavours of tea such as the mango and the blueberry , Mr Ravi shared interesting anecdotes on the popularity of tea across different nations. He spoke of a man who own a tea tasting room in Prague, who has dedicated kettles to brew every different type of tea, and the secret lies in never washing the pot, so that the flavours form a tea patina which lines, and underlines the flavour of the brewed tea. He spoke of the different grades of tea, and how a tea taster helps differentiate a good tea from a great one, by years of experience and what he called the ‘palate memory’. He felt the roadside tea stalls, even though ubiquitous and popular in India, had been instrumental in positioning tea as a ‘poor mans’drink, and the addition of milk and sugar reduces the finer nuances of the tea and thus reducing it to a ‘tasteless stew’. He was quick to caution against the rising trend of positioning green tea and other teas as ‘health drinks’. “tea is to be savoured and enjoyed for it’s taste and by labelling it a medicinal or health drink we are pushing tea into a place where I don’t think tea wants to be. Tea does not aspire to be a medication.” His personification of his favourite drink showed his love fotr the same. When asked which tea was his favourite he said the ‘darjeeling tea’ with which he has a fond bond for over 4 decades.

Tea popularity is slowly on the rise, it is now not only used in drinks, but also to add flavours to hookahs, to smoke meats while barbequing and in the recently concluded Masterchef US finale was used to make an earl grey inspired dessert by the winning participant.

Speaking about the popularity of Baristas and coffee shops across India, Mr Parikh pointed out that it was the smell of roasting coffee beans that was used to draw in the crowds, he was quick to add that tea too is not to be left behind in it’s powers to draw people . he shared the experience of Te-a-me preparing a special blueberry flavoured tea for a baker which was used to enhance the experience of this clients while they savoured the blueberry muffins at his bakery.

The great news is that now Goans too can take on this sensorial tour of different smells, flavours and tastes of the te-a-me teas at the café in Taj Vivanta Panjim, which is to launch the te-a-me flavour station. Mr Jaikant Shroff , General Manager, Vivanta by Taj , Panjim, spoke of showcasing an Indian tea company, and being an Indian hospitality chain they were proud to celebrate the ‘make in India’ concept and promote an Indian beverage to the people of Goa. 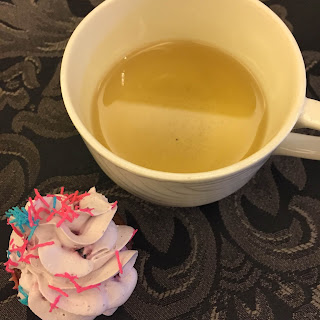 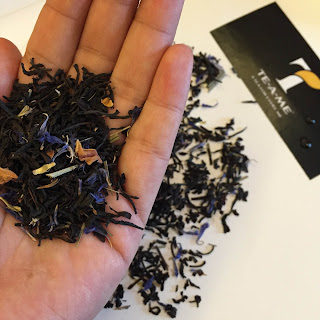 With a prime minister who loves to talk world politics and nation building over ‘chai pe charcha’ and over a billion population who swear by their cup of tea, it is time that Indians take pride in the tea.

“Each cup of tea represents an imaginary voyage” –catherine douzel.