Goa on my plate : Antojitos Goa

In a ten feet by six feet area , jostling for place is a double frier, a double grill, a work station, a refrigerator and a wash basin, this tiny litchen travels on wheels every day to Taleigaon with three people in it. This mobile kitchen , aka a food truck is perhaps the single most revolutionary thing to happen to food in the past few years. Think of the movie Chef, or immensely popular food and travel shows playing on almost any food channel which calls takes it’s food trends seriously.
Even though food trucks have been taking USA by storm, India which has always been quick to follow suit where food trends are concerned ( think cake pops and red velvet cupcakes) , this trend has been slow on the uptake. Primarily because of the large amount of legalese involved as well as the nitty gritties of actually making a portable kitchen. But Elvis and Steve , Owners of Antojitos food truck have surmounted all odds, and managed to convince the various civic and political powers that be that , goa needs food trucks. 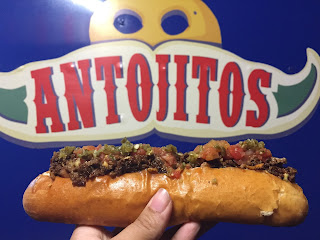 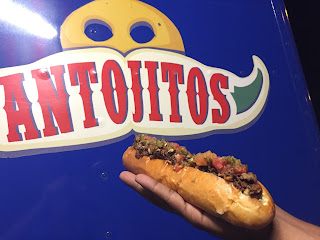 Given what these guys have achieved in the sheer pioneer-of-food trucks sort of way, I would aapplaue these guys irrespective of what they serve.
Antojitos is slated as a tex mex food truck. Why Tex-mex? Well the guys say it’s because Indian and Mexican flavours and food is so familiar. But I suspect it is because, Mexican cuisine is by far one of the commonest forms of food trucks world wide, the food revolution capital San Francisco has a lot of Mexicans, Mexican food is bold flavours, easy to eat on the go, and has a robust colourful,street friendly food. Small town Mexicans are setting up food trucks every day in The land of dreams , to make a living.

Ambience: Think green fields, open skies, a wide road with ample parking, a fairly clean promenade and parapet to sit on. And an open kitchen.

Food: Elvis and Steve serve specials over the weekend, which are all the rage. The weekend specials come up on their FB page or on their instagram feed. The regular fare consists of beef or chicken burgers, with extra bacon if you so choose. My tip, if you have bacon, opt for the bacon. At 250 ruppees the burgers seem steep, especially for a food truck, but these guys are trying to do gourmet cuisine. Don’t mistake them for the local cutlet pao gadda , for the fare here is restaurant quality. The medium rare steak is beautifully pink in the center, adequately rested for the juices to seep in. their Burritos are sell out item I am told. My favourite though were their hotdogs. They are not the mustard and ketchup variety. Now on my recent trip to Newyork, the home of the Hotdog so to say, we had a lot of these pork sausages sandwitched in a footlong bun variety of hotdogs. The One at Antojitos, compares to the best in Newyork, there I said it. Piled high with beef/chicken mince, with spicy salsa , contrasting against the sweet bread, this was a winner. If I had to change something, I would want more char grilling of the pork sausage.

The Nachos are again a big sell, predominantly I guess because it is so typically Mexican, and something the younger generation is aware of. Nachos were originally fried tortillas, which were tossed with cheese baked again and topped with jalapenos. The creation was by a man named Nacho, and when he was asked the name of the dish he said Nacho’s special. Over time the apostrophe before the S was dropped and today we simply know it as Nachos.

The one at Antojitos is unlike the original, for one these are store bought Nachos chips, which are loaded with roasted bellpeppers, sweet corn, mince, hot sauce and molten cheese. It is an assembled dish, unlike the original the nachos are not baked in the oven after assembly. Though not very authentic, they are zesty, crispy, crunchy and creamy. Tomatoes, chips and cheese, is a winning combination. And surprisingly this is a very filling meal in itself. 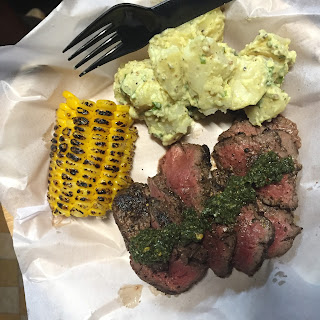 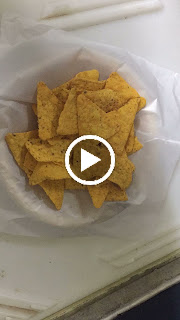 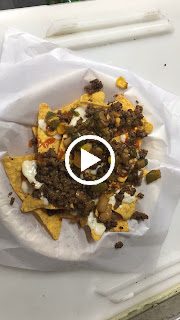 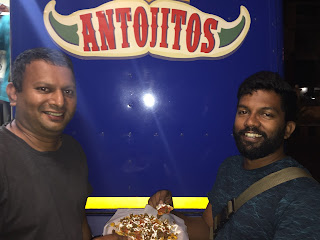 I would go back for their Quesadillas as well. again big not just in flavour but in the helping as well. the molten cheese with marinated meat mince , neatly packed between flour like flat breads reminiscent of our own chapatis. Do not be dettered by the foreign sounding name, this dish is as Indian as mexican food can get. Do try it if it’s your first time trying Mexican cuisine, and then go home and stuff sabji within a chapatti, add cheese, and tell your kids you made a quesadilla.
Served in biodegradable plates, keeping cutlery to a minimum, these guys are doing their bit to reduce carbon print. They also use solar power to power their truck and kitchen appliances I am told.
Yes they seem a bit expensive, but think of it as a life experience, you get to try a new cuisine and a new experience of a food truck, that’s two checks off your bucket list.

What impressed me is that these are proud Goan boys, who are striving to make it big in Goa itself. Having worked in many places both in India and abroad they have chosen to drive a blue and red truck serving up their dream in the form of a food truck. They have faced a lot of hurdles to get you this experience of dining gourmet Mexican food served on the go.

The food truck is stationed in Taleigaon, opposite vasant vihar complex from 6 in the evening onwards, on most days. They have specials on Friday , Saturday and Sundays. Follow them on their FB page for fresh updates.
Rating
Food 3.5 plates
Service 3.5 plates (can get pretty hectic at peak hours)
Ambience 4 (a view of the farms, a clean promenade to sit on, open skies, no tables and chairs)

liked what you read?
read about more Mexican food adventures