Kashmir by any other name

“And over there is Azaad Kashmir”, pointed Jameel , the driver of our rented taxi.
We were on our way to Gulmarg, when the rolling hills dappled with forget-me-nots and butter cups seemed to blur like water spilt over a painted landscape.

“Azaad Kashmir” the words set off warning bells in my head; ‘The-driver-might-be-a-terrorist’ kind of bells.

Kashmir had been like a woman caught between two lovers, namely India and Pakistan. Crystal blue lakes interspersed with dense forests of Chinar, valleys gurgling with springs and snow-capped peaks majestic against the skies; it was easy to see why Kashmir was so passionately fought over. The last skirmish between the jealous lovers, had led to certain areas of Kashmir being captured by Pakistan. These areas were called ‘Pakistan occupied Kashmir” by Indians, and ‘azaad or free Kashmir” by those who believed that Kashmir belonged with Pakistan.

You can understand my alarm, when I heard our Kashmiri driver refer to ‘Pakistan occupied Kashmir’ as Azaad.

Jameel reminded me of the horses of Gulmarg; tall and brown. Who knew what feelings of hate and discontent he bridled in?  But such a description would hardly be of any help to the police, if the need arose.

Green or grey? I tried to guess the colour of his eyes in the mirror
I realised my unsuspecting husband continued to sleep in the passenger seat. Beyond my reach, and yet a knife swipe away from our driver, if he decided to turn into a freedom-fighting Kashmiri ‘mujahideen’ .

I took out my phone with the intent of sending my family back home a message to explain my predicament, but we had no signal!

With no way of reaching out to my friends, or my husband, I resorted to hostage survival skills 101.
Engage your captor in conversation; “What is the best time to visit Gulmarg? “
Use flattery; “The meat here is so tender!”

Personalise and use emotion “We are on our honeymoon in Kashmir.”

Mounting paranoia had me nervously chatting, and while on the outside it seemed like friendly touristy banter, it felt like waltzing in a land mine.

“where are you from?” he asked.

“Goa is lovely, India has many beautiful places.” He said.

I bit back the urge to add, Kashmir is part of this beautiful India too.

For that day I let the borders dividing two nations blur, I was content in Shakespeare , “what’s in a name, Kashmir by any name …

This was my entry to the world Nomad travel story writing competition. In a mere 2500 characters, including spaces, it was tough to tell a story which inspired emotions, as well as propogated dialogue. For this blog I have put some of the pictures from our Kashmir holiday. It is a beautiful place, and through my interractions with not one but many of the locals there I realised that they have a very hospitable nature, as any place which depends heavily on tourism should, they also love Indians, but just the way Italians would love Indians, or Americans would; as tourists to their land. Welcoming and hospitable and yet mindful of the differences. Or was it all in my head? Was I over thinking and over analysing the presumed conflict? 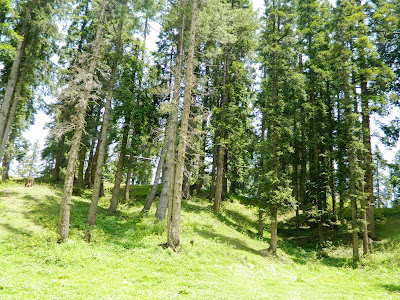 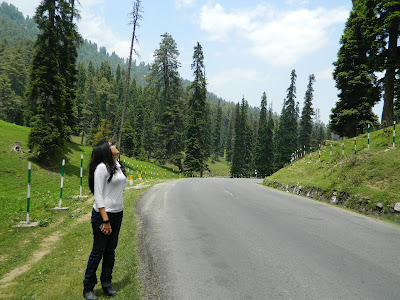 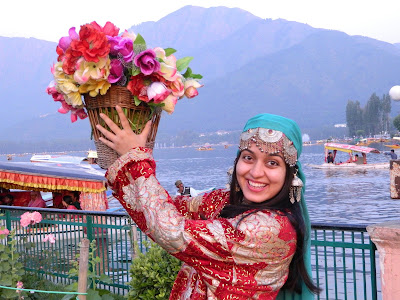 The above story is a true narrative, and even though we were not on our honeymoon it was a mere 6 months since the wedding, and I did use the ploy to get out of what I presumed was a sticky situation.

To read a more detailed and fun foodie take on our trip read HERE
at May 15, 2017