Amboli Ghat is part of the western Ghats and is conveniently located on the Pune-Goa road, or even Mumbai -Goa road, close to Kolhapur, Belgaon and Goa, it is a tourist hotspot during the monsoons. Sometimes known as the cherapunji of the west, it receives the highest rainfall in Maharashtra, and is a nature lovers treasure trove because of the natural waterfalls which burst forth during the rains.
Situated in the hills, amidst floating clouds and misty weather, it is an ideal weekend getaway from the three nearby states of Maharashtra, Kranataka and Goa.
We went there for the weekend and I was surprised that there wasnt a 'what you can eat, and where you can stay ' blog post of Amboli, and so I decided to correct that with this post. 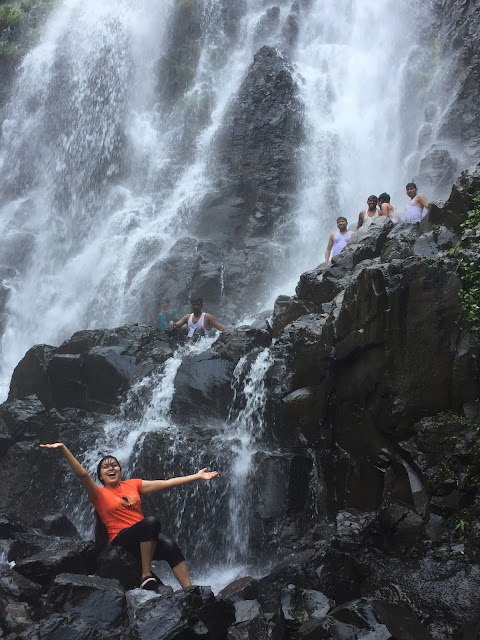 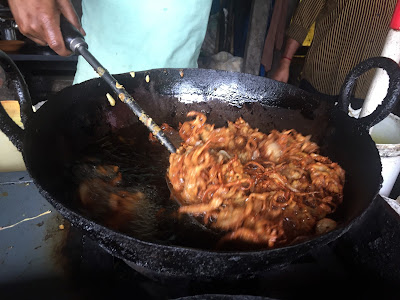 we were travelling from Panjim, Goa, and from here the distance by car is around 2.5 hours. but in the peak season of rains, the roads are crowded, especially the ghat roads, that meant we would be caught in traffic most of our journey. Thus we decided to stayin Amboli. we had the option of staying in Sawantwadi, as do you, if you areplanning to drive from Goa. If you are travelling from Kolhapur, the journey is about 2 hours, and agian you can choose to drive down on the sunday itself, enjoy the sights and head home, but, and thats a big but, sundays are super crowded during the monsoons.

so instead we decided to try our luck at Amboli stays. Most of the places are not on trip advisor (no surprise there) and many places were dingy and unkempt. your safest bet would be the MTDC called Green Valley, but that was booked full. We finally got a clean and comfortable restaurant called hotel Saillee. it is right on the main road in Amboli, has a large enough parking area for cars, and have a lovely valley view, clean loos, and importantly a very nice restaurant.
The restaurant is called snappers, and right off we saw the innovation in the menu and the presentation. they calle themselves ABC, or Amboli biryani center for the uninnitiated.

We arrived at 6 in the evening to Amboli, and after the customary chai, kanda bhaji, and sweet corn at the first stop after the amboli waterfall, but before one enters amboli village, we were ready to settle in.


the meal is here in pics. fantastic prawn malvani, fairly decent chicken biryani, and the caramel custard was on point too.

The most important tourist spot is the Amboli waterfall, for a better name. it is right on the national highway, it has steps for one to climb upto the waterfall, steel railings to hold on to while making the climb and descent, and in the rains, they are charging a 5 rs entry after 9 am.

But , as mentioned, it gets bat shit crazy as the day progresses, more crowded than a local train headed to vashi, and while they have a good provision for police, and ambulance, Shreyu my 23 month son, was going to see a waterfall for the first time, and we wanted a relaxed hassle free visit.

I was up at 6:30 next morning, and the rolling mist and the valeys covered in clouds was refreshing enough for us to head to the falls. we reached Amboli waterfall by 7:30 had the time of our life , and enjoyed the three temporary waterfalls, within walking distance of each other. and then settled down for a breakfast of piping hot Maggi, chai and omlette pao , while the crowds were just coming in.

heading early meant, we had less crowds, we had great parking space, we didnt have to pay the 5 rs entry, and we were fed and returned to the hotel by 10 , our check out time, to dry up and head to the next destination.

we next went to kavalesad, which is a 5 km distance from the busstand and our hotel, a handy map is handed over at the hotel, also available at almost all hotels. Kavalesad is closer to Kolhapur, and for that, people travelling from kolhapur to Amboli, can do it on the return journey. We on the other hand, had to head back through the crowds and down the ghat to sawantwadi and Goa.

Kavalesad was covered in clouds, we had a leisurely time enjoying the rains, and the tiny stream. More tea, and bhajias were had. More pics clicked. Kavalesad is a breathtaking view of a valley of waterfalls, and is truly worthy of its name.

We drove back towards Amboli. we knew that the road to the waterfall, and may not reach Sawantwadi in time for lunch.

On a less crowded day, I would recommend going to Bhalekars for lnch in Sawantwadi, but we tried out Green valley which was recommendex by the locals. it is the MTDC hotel, and the mutton malvani and the pomfret rava fry both were tasty, if not unremarkable.

in short :
Amboli,
Best time to visit: Monsoons.
how to reach there: Car /hired vehicle
where to stay: MTDC or Sailee
what to eat: tea, corn, onion bhajias, maggi , bread omlette at the road side stalls. kokam soda, prawns malvani and a full meal at Snappers .
places to visit: kavalesad and amboli waterfalls.

other places to visit in monsoons in Goa spice farm , dudhsagar plantation , Devaaya ayurvaed on divar , also check out the three best times to visit Goa .