Beer meets food at Fortune Miramar , Goa on my plate

While the Germans celebrate October fest in September (the culmination of celebrations happen on the first weekend of October , thus October fest), most Of Indian Food and beverage industry rings it in in October.

Goan palate is getting more and more used to international flavours as the dining and hospitality industry starts experimenting with cuisines. ITC Fortune Miramar is a newish property situated in the heart of Panjim city, and this was the first food tasting that I was doing at the property.

The have just one restaurant, but it also doubles as a 24 hour coffee shop.

Here are the highlights from our meal 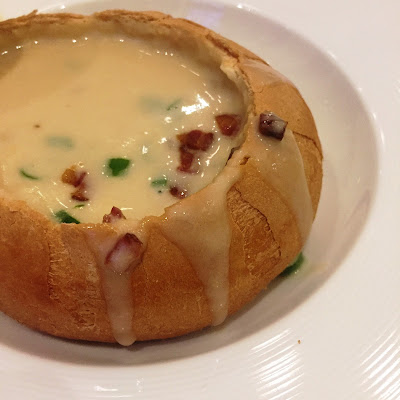 The beer and Cheddar soup served within a bread bowl , was the outstanding dish of the evening. the bread bowl held its integrity till the end, the bacon bits in the soup were absolutely stellar, and the rainy Goa weather added to the yum quotient of this beer broth 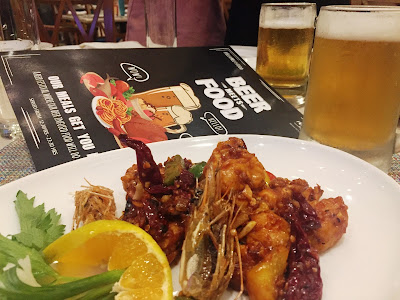 The beer poached prawns with chilly and garlic is another must have. not so much for the beer flavour in the dish itself, since it was lost in the spices, but for the fantastic pairing of smoothness of the beer and the prawns.another must order. 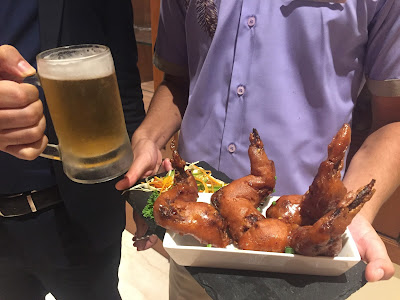 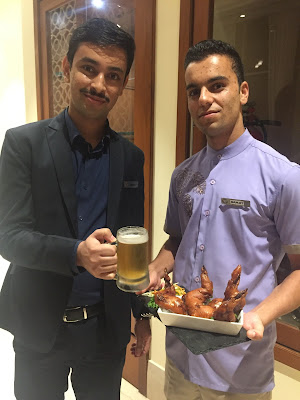 We were hosted with a lot of hospitality by the service team , especially Manjit, and the restaurant Manager.

The German pork Bratwurst , served with a beer curry sauce was interesting and yes, the sausages have been specially procured for the Beer meets food event. The beer of choice used in all the cooking is the BIRA white. 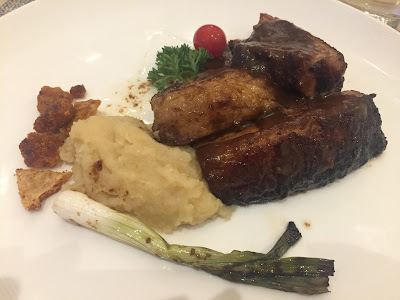 For main course we tried the yakhni pulao, which was good but lacked beer infusion , the Pork ribs as well as the pork belly dishes were nice tender and juicy , served with mash and even a side of crackling, they would make any pork lover happy.The portions too, for Rs 300 seems a steal. 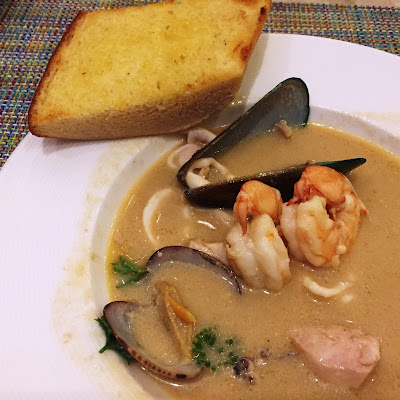 I was most looking forward to the Beer Boulllainbaise. The last time we had had bouillabaisse was in Marseiles, and had paid 5000 ruuppees for it.  this one at Rs 300 plus taxes, had prawns,mussels, clams, calamari rings,chunks of fish and a beer broth worth the sea food tag of #goaonmyplate. for the a dish to be representative of Goa, it must either champion Goan produce, or Goan cooking heritage, and here the sea food had been cooked with a lot of respect. 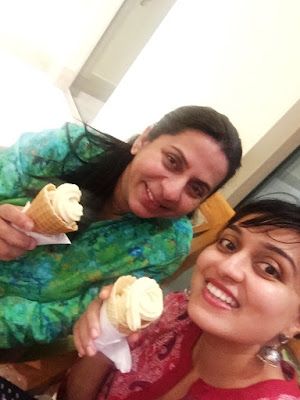 for two working moms, post a busy midweek work day, we seemed to be having a good time. 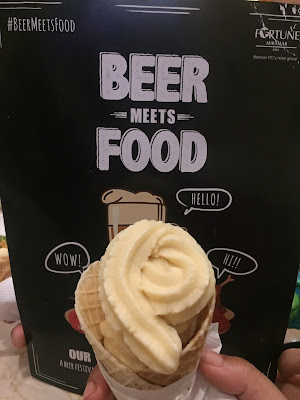 Desserts were fun too. The wheat beer infused icecream, had a low concetration of cream, and was more of a granita. the beer was easily made out in the softy, and I quite enjoyed it. I made mine a beer float, by adding it to the beer, and Hello! a new dessert was born. 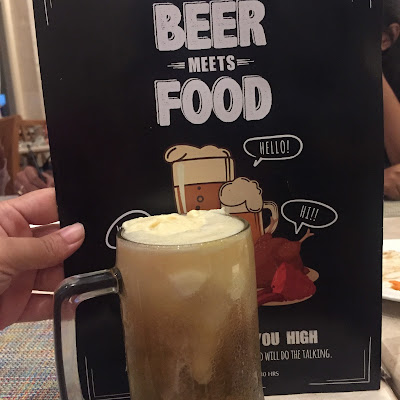 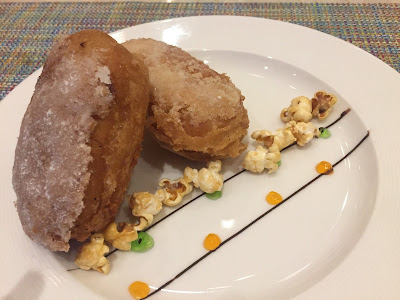 My favourite was the beer twinkie. a sponge cake with sugar frosting on top and a beer jelly within. not much can be faulted with that combination.

follow more of my food escapades in Goa with the label goa on my plate.

Email ThisBlogThis!Share to TwitterShare to FacebookShare to Pinterest
Labels: Goa on my plate